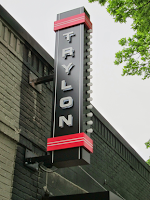 Take-Up Productions is a local non-profit film company that screens classic, foreign, and independent films in multiple venues catering to a wide range of moviegoers. The majority of their programming is at the Trylon microcinema, located in Minneapolis’ Longfellow neighborhood. They also partner with The Riverview Theater in Minneapolis and The Heights Theater in Columbia Heights. 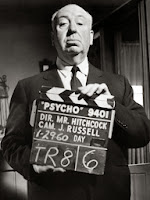 Part of their programming includes marathons/retrospectives devoted to various actors, directors, and themes. Coming up soon is their sixth annual Hitchcock festival. My mom and I try to go to a couple of them each year, and it makes for great mother/son bonding time. Take-Up tries to showcase a mix of Hitch’s well-known films as well as some that you may not have heard of from earlier in his career. It’s great seeing those old classics back up on the big screen. Even if you’ve seen Psycho numerous times, there may be things you notice for the first time once you see it blown up in a theater as opposed to the TV in your living room. Some of them are shown in 35mm while others will be shown digitally. I recommend getting there 30-45 minutes early to be sure you get a ticket and a good seat. The series has a big enough following now that each screening typically has a strong turn-out.

Tickets are $8 apiece or you can buy a punch card with five punches for $25. I recommend the punch card! If you don’t use all of the punch card for the Hitchcock festival, you can use it at other Take-Up screenings later on. I have gone through many punch cards over the years.

For more information on the festival or their other programming, go to their website at www.take-up.org

I hope to see you there!