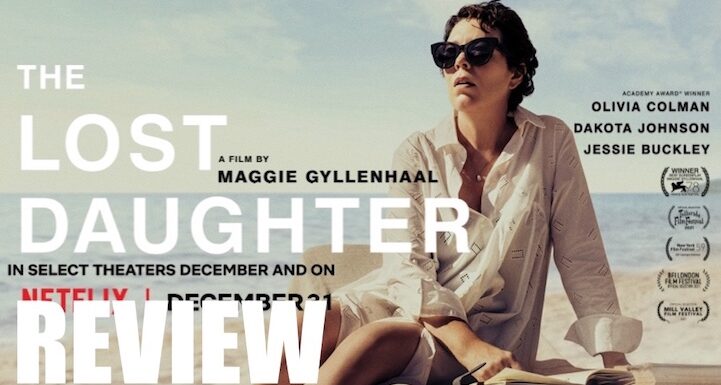 Maggie Gyllenhaal has given rich performances on screen both with HBO’s The Deuce and movies like Crazy Heart and The Kindergarten Teacher. Now she’s making for feature film directorial debut with The Lost Daughter. Gyllenhaal not only directs, but she’s written the adaptation from Elena Ferrante’s novel. She’s got a terrific cast with her as Olivia Colman leads the film as Leda. She’s on holiday at a rustic little Greek resort. It’s run by Ed Harris’ character who seems to take a liking for Leda. It’s not quite 5-star lodging but it will do for her. That is until Leda sees a big, loud family pull up in a boat and commandeer all of the chairs and sandy area. Leda spots Nina (Johnson) playing with her daughter, struggling with what it means to be a mother, and it unleashes buried trauma about her own journey as a mother to two girls. Throughout the film, we see Jessie Buckley as the younger version of Leda who’s married, raising her girls, and realizing her career in academia is far more fulfilling to her than being a wife and mother.