It has come to that time where I look back at my trip to the movies in 2013. Every year, I track all of the movies I saw for the first time. Whether they were the new 2013 releases or older films I was just discovering for the first time, I like to jot them down to see how I fare year to year. Before I go any further, I must give a special acknowledgment to my friend and fellow cinephile Max who I stole this idea from many years ago. I looked back at the 2012 Edition in this series where I noted that I had seen 113 new movies in that year. I am surprised to say that I beat that number with 119 new films under my belt in 2013, 81 of which were 2013 releases. As many of you know I got married in June, so my movie going went on the back burner the first half of the year as wedding planning and counting down to that special day was my priority in the first half of 2013. Each year I try to see more and more films, so I am pleasantly surprised to see I beat last year’s numbers despite the slow start. I would love to get to every movie out there, but time and money plays a big factor into it.

As far as the blog is concerned, I created some new content including “The Snapshot Trivia of the Day”, the “Halloween” Retrospective, Oscar Watch 2014, The Archives plus the traditional trailers, reviews, rewinds, and other articles. I have some new ideas and exciting things coming in 2014 so keep checking back! It has been an exciting year in the networking front as I got to interact with new readers and followers of the blog. In June, I was honored to become LAMB #1588 when I joined the Large Association of Movie Blogs. 2013 also marked my first trip to the Twin Cities Film Festival where I met some other bloggers and critics in the Minneapolis film scene. I love getting to know new people and discussing the films we either loved or hated.

Here is the list, plus My Top 10 of 2013 and the Worst of 2013, some noteworthy performances, and some other tidbits:

These are the films that had the biggest impact on me. There may be some different choices on here than you may find on other Top 10 lists out there, but that is what makes each film critic a little different. Please note I have not seen Inside Llewyn Davis (seeing it today!), Her, All is Lost, or Labor Day at this time, so those unfortunately will not be found here.

This indie hit from the summer just hit that part of my inner soul that spoke to so many of the feelings and emotions I went through when I was the age of the main character. Nat Faxon and Jim Rash wrote a hilarious and touching script that garnered fantastic performances from Sam Rockwell, Allison Janney, Steve Carell, and Toni Collette. 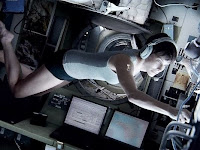 Alfonso Cuarón’s epic 3D masterpiece was an intense, breathtaking, and magical ride. It is one of those movies that is the true definition of why people go to the movies. As years and decades pass, I hope it is remembered as one of the genre’s great films like 2001: A Space Odyssey.

Fruitvale Station did not get the audience response it deserved. It hit theaters, but did not seem to last long which is quite unfortunate as it is one of the most important films audiences should have seen this year. It was an emotional kick to the gut with Michael B. Jordan giving one of my favorite performances of the year.

Alexander Payne’s latest took me by surprise and is another film that touches numerous parts of the soul. Bruce Dern gives one hell of a performance as an cantankerous old man who is determined that he won a sweepstakes in the mail. The scenes between Dern and June Squibb as his feisty wife are hysterical. Payne perfectly captures that small Midwestern town vibe that is all too familiar.

David O. Russell has another hit on his hands with this con story somewhat based on the ABSCAM operation in the 1970s. It should come has no surprise that he as created some over-the-top characters brought to life by frequent collaborations Christian Bale, Amy Adams, Jennifer Lawrence, and Bradley Cooper. 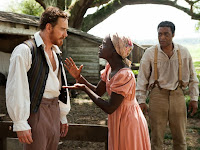 Not since Steven Spielberg’s Schindler’s List has a film so vividly captured a horrifying chapter in history. Steve McQueen’s latest left me quite speechless afterwards as I tried to process everything that was thrown at me. Lupita Nyong’o is a revelation who was vulnerable and heartbreaking in every way. Chiwetel Ejiofor is another standout actor of the year who conveys so much emotion and range without it being a flashy or showy performance.

Dame Judi Dench gives another stellar performance to add to her long resume. She proves yet again why she is one of the greats. Director Stephen Frears precisely executes this film that is based on a true story with the right tone without ever gearing toward Lifetime Movie of the Week status.

I LOVE horror films, so it was refreshing to see James Wan’s latest completely hit it out of the ballpark. It was suspenseful and scary without using copious amounts of gore and body parts. The Conjuring is an homage to the horror films of the 1970s that had the slow burn leading up to an insane edge of your seat finale. I think it is one of the genre’s best in years.

This twisty ethical child abduction mystery thriller left audiences pretty divided. I can tell you that I was engrossed from the very first frame and did not check the watch in the entire two and a half hour run-time. Hugh Jackman was a bit over lauded for his work in Les Miserables, but I think his best performance comes here as a father who will stop at nothing as he searches for his missing daughter. Another high point is the work of ten time Oscar nominee Roger Deakins for his cinematography . He works his magic by framing so many of the shots into stunning visuals that tell their own stories as well as shape the story we are watching before us.

Emma Thompson is practically perfect in every way as P.L. Travers who had no interest in bringing her novel “Mary Poppins” to the big screen. The supporting cast, including Jason Schwartzman, Paul Giamatti, and Colin Farrell, should be noted for their work in the story. If you grew up watching Mary Poppins like I did, it will be hard to think back to your childhood and the memories you have of that film. Don’t be surprised if you start humming along the songs in your seat.

**HONORABLE MENTIONS: Blue Jasmine, Frances Ha, Much Ado About Nothing, The Wolf of Wall Street, The Place Beyond the Pines

Truth be told, I do not end up seeing a lot of bad movies throughout the year. I do not mean for that to come out snobbish as I really do love a good bad movie that is just dreadful. Frankly, it can be easier to write about those God awful movies over a film that is just middle of the road average. It is just hard for me to justify spending money at the theater and wasting my free time on a movie that I know will be bad. Four of the movies below I did see in theaters and wasted some money on them. I had such hopes to only to be highly disappointed.

2013 has been a terrific year at the movies, and there are still a few high profile films I have not seen yet. I am really looking forward to a big 2014 and I have some exciting things coming for the blog, so stay tuned! As always, thank you so much for reading, commenting, and sharing the movies that you love. A big thank you to all of those following me on Twitter. Feel free to comment below on all of your favorites from 2013. What films touched your inner soul? What films did you want to run away from? Here’s to a great 2013!