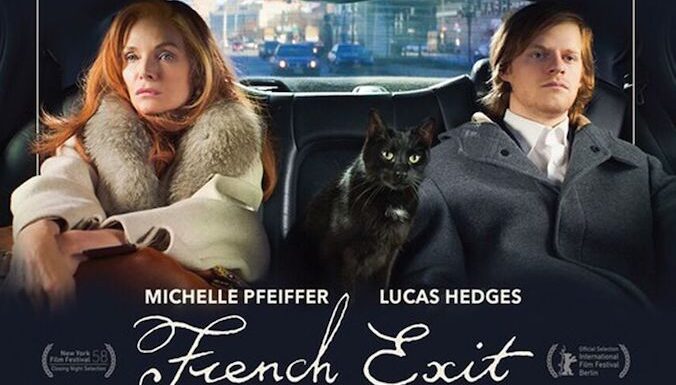 FRENCH EXIT Director: Azazel JacobsStarring: Michelle Pfeiffer, Lucas Hedges, Danielle McDonald, Tracy Letts, Valerie Mahaffey, Imogen Poots, Susan Coyne Michelle Pfeiffer received a Golden Globe nomination for her new film French Exit. It’s perfect casting as Pfeiffer channels the life of a New York socialite. She stars as Frances Price, a widow who is about to lose everything. Every piece of artwork, every penny, and every part of the only life she knows. Her big plan is to escape to Paris with what little money she has left. Coming along for the adventure is her son, Malcolm, played by Lucas Hedges. Malcolm was set to END_OF_DOCUMENT_TOKEN_TO_BE_REPLACED 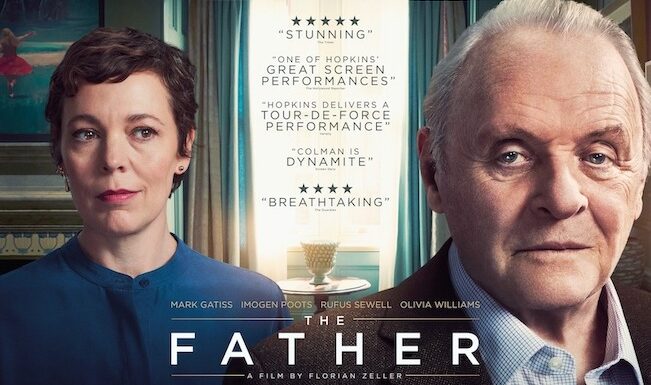 THE FATHER Director: Florian ZellerStarring: Anthony Hopkins, Olivia Colman, Mark Gatiss, Olivia Williams, Imogen Poots, Rufus Sewell  There are a few stage to screen adaptations garnering high praise this award season with One Night in Miami and Ma Rainey’s Black Bottom. You can also add The Father to that list. The Father is from playwright Florian Zeller who not only co-wrote the adaptation with Christopher Hampton but also directed the film. Olivia Colman stars as Anne who is struggling with the right kind of care for her father, Anthony, played by Anthony Hopkins. His decline with Alzheimer’s is getting more severe and more than she is able END_OF_DOCUMENT_TOKEN_TO_BE_REPLACED

GREEN ROOM Writer/Director: Jeremy Saulnier Starring: Anton Yelchin, Imogen Poots, Alia Shawkat, Patrick Stewart, Macon Blair I get the impression that Patrick Stewart doesn’t take himself too seriously, which is something I really admire about him. He’s a classically trained actor who has tackled everything from Shakespeare, Star Trek: The Next Generation, X-Men, and raunchy comedies in between. Check out his episode of Ricky Gervais’ Extras if you need a good laugh. Now he’s going rogue by appearing in the gruesome horror film, Green Room from director Jeremy Saulnier (Blue Ruin). A group of young musicians called the Ain’t Rights, led by Anton Yelchin (Star END_OF_DOCUMENT_TOKEN_TO_BE_REPLACED

KNIGHT OF CUPS Writer/Director: Terrence Malick Starring: Christian Bale, Wes Bentley, Brian Dennehy, Natalie Portman, Cate Blanchett, Imogen Poots, Teresa Palmer, Cherry Jones, Antonio Banderas, Freida Pinto, Isabel Lucas The first line of dialogue from Christian Bale’s Rick has him pontificating on the idea that he was “living the life of someone I didn’t know.” Now, I doubt that director Terrence Malick cast Bale solely based on his name but it does seem coincidental that Christian is also the name of the main character in The Pilgrim’s Progress by John Bunyan. In it, Christian leaves his hometown, the “City of Destruction”, in an attempt to END_OF_DOCUMENT_TOKEN_TO_BE_REPLACED

THAT AWKWARD MOMENT Director: Tom Gormican Starring: Zac Efron, Michael B. Jordan, Miles Teller, Imogen Poots, Mackenzie Davis, Jessica Lucas Thank God I enjoy these three actors because these types of “bromance” movies can be a bit much. Mikey (Jordan) is probably the most successful one of our guys. He works as a full time doctor and seemed to have it all. He got married at a really young age, and now his wife Vera (Lucas) wants a divorce and is sleeping with her lawyer. His two best friends Jason (Efron) and Daniel (Teller) are still living the single life and are excited to have END_OF_DOCUMENT_TOKEN_TO_BE_REPLACED