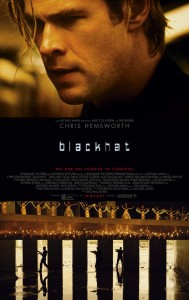 Director Michael Mann is back after a six-year hiatus, and he brought along Thor (Chris Hemsworth) and Annaliese Keating (Viola Davis) along with him for the cyber ride. Sounds great, right? Think again, my friends. An explosion at a Chinese power plant is traced back to computer hackers that may have been behind it all. The hackers then decide to make their way into the stock market to alter the price of soybean stock. Nicholas Hathaway (Hemsworth) is currently sitting behind bars due to his involvement with cyber hacking schemes that occurred years before the power plant attacks. The authorities decide to furlough Nicholas and release him if he will help them track down the people behind the attack. Of course, Nicholas is the kind of guy that would rather negotiate his release terms first before any deal gets made. Chen (Wang) is one of the Chinese agents who just happens to be Nicholas’ old college roommate. It’s their old code that is being modified and used for these attacks. Chen’s sister Lien (Tang) is also working on the case and naturally a romance ensues between her and Nicholas. Nicholas, Chen, Lien, FBI Agent Carol Barrett (Davis) and the rest of their crew make their way around the globe trying to identify the group behind these cyber attacks.

The plot may sound complicated if you are unfamiliar with high-tech computer jargon. You may wonder how these hackers just look at a computer screen full of code and know exactly what to type to send a threatening message or create a disaster. Don’t worry if you think it will be too hard to follow. The film may start out all technical and geeky, but quickly becomes completely formulaic and predictable in every possible way. Morgan Davis Foehl’s script could have been a smart concept delving into the real danger that can happen with the computer world we live in. Once our characters start globetrotting, it goes extremely downhill. Hemsworth and Davis are completely wasted on boring one-noted characters. Their dialogue is so cheesy and poorly written; some of their lines become downright laughable. Take for instance one scene where Hemsworth comes to the realization of what’s going by audibly proclaiming to himself “That’s what you’re doing, you son of a bitch.” How many times have we heard that before?

While we are on the topic of Mr. Hemsworth, he is so unbelievably miscast here. Yes, he’s “People Magazine’s” Sexiest Man Alive, but that doesn’t really bode well for someone that is supposed to be playing an MIT grad computer hacker that has spent time behind bars. His character must have been given the five-star treatment in jail as he is extremely buff, has perfect hair, and looks far too clean for someone that is serving a long sentence. That may not be all Hemsworth’s fault, but he doesn’t try too hard to tap into his inner geek. It should also be noted that there are a multitude of scenes where he is shirtless or has his shirt completely unbuttoned. It’s good eye candy, but clearly they are trying to capitalize on Hemsworth’s sex appeal over actual character practicality. I can’t quite tell what accent he is trying to attempt as it seems like standard American throughout most of the film but some scenes sound like he’s trying a Boston accent. He is also supposed to be having this fling with Wei Tang, but there is absolutely no chemistry whatsoever between them. Viola Davis may be the only redeeming quality about the movie. She should never have signed on for this, but she does get a few sassy lines to deliver here and there.

So why did Hemsworth and Davis sign on for this? My only guess is that they heard Michael Mann was hired as their director. He’s had some fine films early in his career like The Last of the Mohicans, Heat, The Insider, and Collateral. His last film was Public Enemies back in 2009. He has been known for doing smart and suspenseful thrillers, but he severely misfires in every direction here. Blackhat feels completely amateurish in every way. I would expect this kind of film from a beginning director with a hot new cast trying to break into the scene.  It feels more disappointing knowing that Mann is involved and that he chose this as the film that he comes back with from his hiatus.

The cinematography tries to be edgy by pretending to snake its way inside a computer or even shooting up from underneath a keyboard at one point. That may have been cool for a movie in the ’90s, but feels so out of date now.  These moments and a variety of aerial shots and transitions add even more time onto a film that is already far too long. Then we have the shaky hand-held feel in some of the fight scenes. Yes, it makes it a little bit more gruesome, but I don’t really care about that. There are a few twisty moments, but they are completely given away in advance when the camera stays tight in on certain characters and moments longer than necessary practically giving away that something “big” is about to happen.

The film is ludicrous and unrealistically in so many ways, but it doesn’t actually realize that. It’s fun when a movie is over the top and everyone knows it and plays along anyways. The same can’t be said for Mann and his crew. Blackhat is a prime example of your typical January release that the studio dumps into theaters hoping people are too busy seeing the Oscar nominated films.

Is It Worth Your Trip to the Movies? It’s a shame that Michael Mann went from directing such suspenseful films like The Insider and Collateral to this embarrassing and boring dreck.