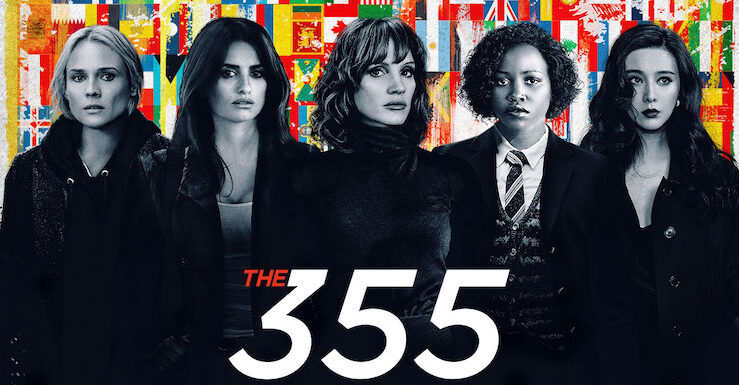 Jessica Chastain assembles a crew of badass actresses to join her for a female-led spy thriller in The 355. Chastain stars and produces the film playing CIA Agent Mason “Mace” Brown. She along with fellow CIA Agent Nick (Stan) are desperate to get their hands on an all-powerful hard drive from a Columbian cartel. This hard drive has the power to detonate an airplane or wipe out an entire city’s communication grid and everything in between. When Mace and Nick’s plan goes awry, she’s left to think fast on her toes assembling a group of international agents and operatives (Kruger, Nyong’o, and Fan) and a Columbian psychologist (Cruz) to find the drive before it causes worldwide destruction.

and check out my interviews with Jessica Chastain, Diane Kruger, Sebastian Stan