SOLO: A STAR WARS STORY Director: Ron Howard Starring: Alden Ehrenreich, Emilia Clarke, Donald Glover, Woody Harrelson, Thandie Newton The road to Solo has been plagued with enough behind the scenes drama to fill the galaxy. Solo: A Star Wars Story is the next “stand alone” Star Wars film, much like 2016’s Rogue One. We see the return of some familiar faces like Han Solo, this time played by Hail Caesar’s Alden Ehrenreich, Lando Calrissian (Glover), and Chewbecca as this film goes back to the early days of our favorite rascally pilot. The film was originally set to be directed by Christopher Miller and Phil END_OF_DOCUMENT_TOKEN_TO_BE_REPLACED

THE MARTIAN Director: Ridley Scott Starring: Matt Damon, Jessica Chastian, Jeff Daniels, Chiwetel Ejiofor, Sebastian Stan, Kate Mara, Michael Peña, Askel Hennie, Donald Glover, Kristen Wiig Last year, Jessica Chastain and Matt Damon starred in the science fiction epic Interstellar. They didn’t share any scenes together, but now they are back to familiar territory in The Martian playing Melissa Lewis and Mark Watley, two members of a space team stationed on Mars. Their crew, comprised of Sebastian Stan, Kate Mara, Michael Peña, and Askel Hennie, is caught in the middle of a huge sandstorm. Watley is struck by debris when he attempts to board the END_OF_DOCUMENT_TOKEN_TO_BE_REPLACED

THE MARTIAN Director: Ridley Scott Starring: Matt Damon, Jessica Chastain, Sean Bean, Kate Mara, Michael Peña, Jeff Daniels, Chiwetel Ejiofor, Kristen Wiig, Donald Glover, Sebastian Stan, Mackenzie Davis I love the fact that we are getting big space exploration movies back on the silver screen. We’ve seen films like Gravity and Interstellar open our minds to the depths of space, and now Ridley Scott is returning to his home turf with The Martian. I feel like he really excels in the sci-fi genre after films like Alien and Blade Runner. Frankly, we need something from him to help us forget about Exodus: Gods and Kings. END_OF_DOCUMENT_TOKEN_TO_BE_REPLACED 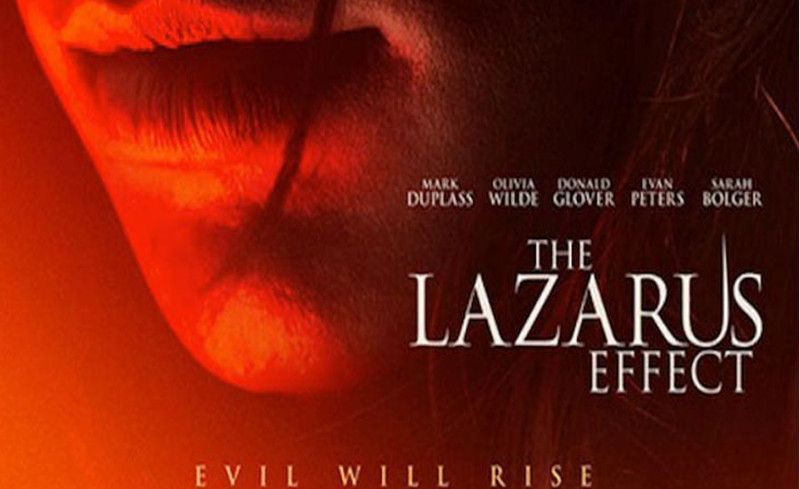 THE LAZARUS EFFECT Director: David Gelb Starring: Olivia Wilde, Mark Duplass, Evan Peters, Donald Glover, Sarah Bolger I was reminded, yet again, that I prefer old school horror films. You know, the ones from the ‘60s and ‘70s that are psychological scares with practical effects. It feels rare when a recent horror flick produces some good scares with an original plot. The Lazarus Effect is one of the laziest and cheapest scary films to have hit theaters recently. Zoe (Wilde) and Frank (Duplass) are young doctors on the verge of a scientific breakthrough. They also happen to be engaged to each other but have put END_OF_DOCUMENT_TOKEN_TO_BE_REPLACED