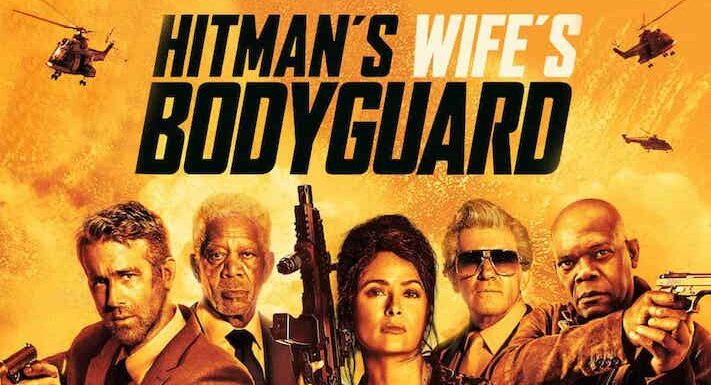 HITMAN’S WIFE’S BODYGUARD Director: Patrick HughesStarring: Samuel L. Jackson, Salma Hayek, Ryan Reynolds, Antonio Banderas, Morgan Freeman, Richard E. Grant Salma Hayek, Samuel L. Jackson, and Ryan Reynolds are back for another wild ride in Hitman’s Wife’s Bodyguard, the rare action comedy sequel that’s better than the original. Ryan Reynolds went through the ringer has bodyguard Michael Bryce thanks to hitman Darius Kincaid (Jackson) Michael has been stripped of his bodyguard license and feels lost. He’s attending therapy but even his therapist can’t handle him. She recommends he goes on a relaxing vacation with “no bodyguarding and no guns” He heads to Capri but within END_OF_DOCUMENT_TOKEN_TO_BE_REPLACED 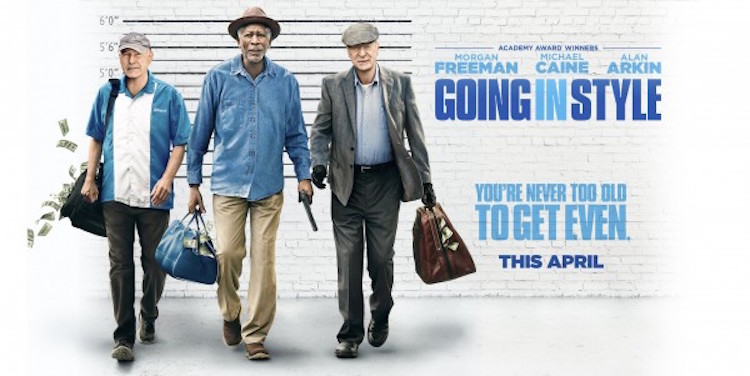 GOING IN STYLE Director: Zach Braff Starring: Michael Caine, Morgan Freeman, Alan Arkin, Ann-Margaret, Christopher Lloyd, Matt Dillon, John Ortiz, Joey King, Siobhan Fallon Hogan, Kenan Thompson Between Alan Arkin, Michael Caine, and Morgan Freeman, they have a combined fifteen Oscar nominations and four wins. At this stage in their career, they’ve lightened up and are taking on the goofy, bumbling, senior guy roles. The movie opens with Joe (Caine) meeting with a banker to discuss the envelopes he’s receiving from the bank stating that his house is in jeopardy. They’ll seize it from him if he doesn’t pay his mortgage. Right then and there, END_OF_DOCUMENT_TOKEN_TO_BE_REPLACED 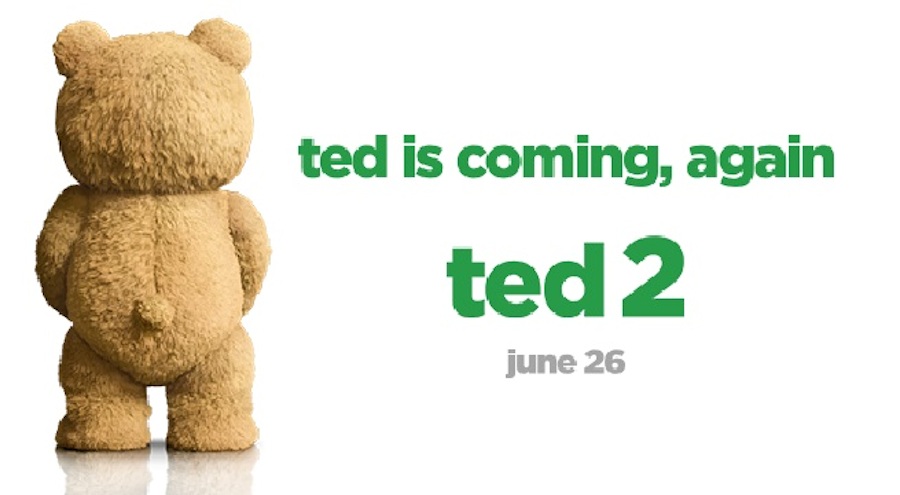 TED 2 Director: Seth MacFarlane Starring: Mark Wahlberg, Seth MacFarlane, Amanda Seyfried, Jessica Barth, Giovanni Ribisi, Morgan Freeman, Patrick Warburton, Michael Dorn, Sam J. Jones, John Slattery, John Carroll Lynch Seth MacFarlane’s 2012 film about a raunchy but cute teddy bear named Ted did so well that it has naturally spawned a sequel. People had raved like it was the best comedy that had graced the silver screen in decades. While I enjoyed it, I wasn’t glowing that strongly about it like others. Ted 2 picks up with Ted (voiced by MacFarlane) who has now gotten married to his sweetheart Tami-Lynn (Bartha). A year has END_OF_DOCUMENT_TOKEN_TO_BE_REPLACED

TRANSCENDENCE Director: Wally Pfister Starring: Johnny Depp, Rebecca Hall, Paul Bettany, Kate Mara, Morgan Freeman, Cillian Murphy When rumblings started coming out that Wally Pfister would be making his directorial debut, I got pretty excited. He is an Academy Award-winning cinematographer for his work on Christopher Nolan’s Inception , and I think his work on Nolan’s Batman trilogy is exquisite, especially the IMAX sequences. As the technology continues to grow, there is an ever growing debate on whether films should be shot using digital cameras or on film. His continues to champion the use of 35mm film over digital, but has acknowledged he would consider END_OF_DOCUMENT_TOKEN_TO_BE_REPLACED

THE LEGO MOVIE Director: Phil Lord, Christopher Miller Starring: Chris Pratt, Liam Neeson, Will Arnett, Elizabeth Banks, Morgan Freeman, Will Ferrell, Alison Brie, Will Forte, Jonah Hill, Dave Franco Yes, it is true. The Lego Movie is AWESOME. Eyes may have rolled when it was first announced that there would be a movie based on Legos. The trailers looked pretty funny, so I had hope that it would actually exceed the low expectations that were originally set in place. Boy, did it ever. Emmet (Pratt) wakes up every day as excited as he can be. Everything is awesome in life. He is just your ordinary END_OF_DOCUMENT_TOKEN_TO_BE_REPLACED

NOW YOU SEE ME Director: Louis Leterrier Starring: Woody Harrelson, Jesse Eisenberg, Isla Fisher, Dave Franco, Morgan Freeman, Mark Ruffalo, Michael Caine, Mélanie Laurent Magic comes in a variety of forms each appealing to a different kind of crowd. J. Daniel Atlas (Eisenberg) is your fast-talking brainiac who performs your standard set of card tricks. Merritt McKinley (Harrelson) pulls out unsuspecting people from a crowd and gets them to divulge life secrets as a mentalist. Jack Wilder (Franco) makes his living by doing sleight of hand tricks. He may end off ripping people off and stealing their money in the process. Henley Leeves (Fisher) pulls END_OF_DOCUMENT_TOKEN_TO_BE_REPLACED

OBLIVION Director: Joseph Kosinski Starring: Tom Cruise, Andrea Riseborough, Olga Kurylenko, Morgan Freeman, Melissa Leo With the exception of Mission: Impossible-Ghost Protocol, Tom Cruise movies have been very ho-hum lately. They have ridden the fence of mediocrity, but who is to blame? Is it the material? Is it Tommy boy, the guy that used to make huge blockbuster hits? Or both? The film starts off with Jack Harper (Cruise) narrating the destruction of the Earth and what is left of it. I immediately get perturbed whenever that much exposition is done all in voice-over. An alien invasion destroyed the Moon which caused massive earthquakes and END_OF_DOCUMENT_TOKEN_TO_BE_REPLACED

THE DARK KNIGHT RISES Director: Christopher Nolan Starring: Christian Bale, Tom Hardy, Anne Hathaway, Joseph Gordon-Levitt, Marion Cotillard, Michael Caine, Morgan Freeman, Gary Oldman, Liam Neeson, Matthew Modine All good things must come to end. Finding the proper send off to a beloved trilogy is tricky. The audience has spent the last two movies invested in classic characters and rich storytelling and you do not want to be let down by some lackluster finale. Audiences will not remember The Return of the Jedi or The Godfather Part III as the best in the series. However, I firmly believe The Lord of the Rings: The Return END_OF_DOCUMENT_TOKEN_TO_BE_REPLACED