ANYTHING’S POSSIBLE Director: Billy PorterStarring: Eva Reign, Abubakr Ali, Renée Elise Goldsberry, Simone Joy Jones Billy Porter is an Emmy, Grammy, and Tony winner. Now he’s adding director to his resume with Anything’s Possible. “Anything’s Possible” is an uplifting title for a high school coming of age story. We’ve seen plenty of examples of this subgenre, but this film features a trans girl, Kelsa, at its center. She’s played by Eva Reign. It’s the first day of senior year, and Kelsa is just trying to survive her final year of high school. While she documents her transition of being trans on YouTube, she doesn’t want END_OF_DOCUMENT_TOKEN_TO_BE_REPLACED

HAMILTON Director: Thomas KailStarring: Lin-Manuel Miranda, Leslie Odom Jr, Renée Elise Goldsberry, Phillipa Soo, Jasmine Cephas Jones, Jonathan Groff, Daveed Diggs, Anthony Ramos Despite Broadway being shuttered until January 2021 and national tours on hold for the foreseeable future, you can have a bit of Broadway history in your very own home as Hamilton will be streaming on Disney+ July 3. Hamilton on Disney+ is being referred to as the Hamilton movie, which isn’t quite accurate as it’s not a traditional movie musical. This is filmed version of the stage production featuring the Original Broadway Cast. This isn’t a reunion special or anything like that END_OF_DOCUMENT_TOKEN_TO_BE_REPLACED 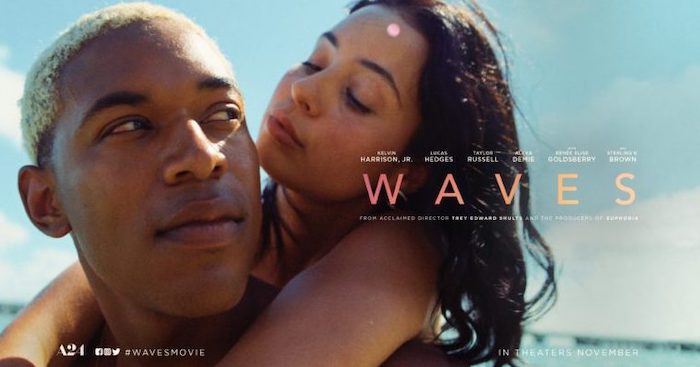 WAVES Writer/Director: Trey Edward ShultsStarring: Kelvin Harrison Jr., Taylor Russell, Lucas Hedges, Sterling K. Brown, Renée Elise Goldsberry, Alexa Demie Tyler (Harrison) is all-star high school wrestler who seems to everything going for him until one life-altering event follows the next which becomes too much for him to handle. Despite having determined and engaged parents (Brown & Goldsberry), his actions have dire consequences that shape the future for his family. It also stars Taylor Russell and Lucas Hedges and is written and directed by Trey Edward Shults. Shults continues to cement himself as a gifted storyteller with this film and his previous films Krisha and END_OF_DOCUMENT_TOKEN_TO_BE_REPLACED