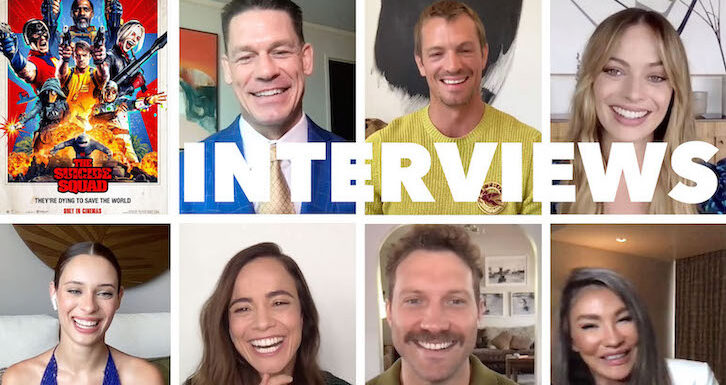 Writer/director James Gunn goes all out with his new film The Suicide Squad. The latest DC film comes with an all-star ensemble playing a variety of super villains. I sat down with Gunn, Margot Robbie, Daniela Melchoir, Joel Kinnaman, John Cena, Jai Courtney, Nathan Fillion, Flula Borg, Alice Braga, Mayling Ng, Juan Diego Botto, and Joaquín Cosio. I had an absolute blast talking to them about The Suicide Squad

-Why do actors love playing villains?

-How does actors feel about fan reaction?

-What did it mean to Margot Robbie, Joel Kinnaman, and Jai Courtney to be asked back to reprise their roles from the first Suicide Squad movie?

-How does James Gunn utitlize music in the filmmaking process?

-Does James Gunn write with certain actors in mind?

will be in theaters and streaming on HBO Max August 6.

Here’s my interview with James Gunn