The Twin Cities Film Fest does a fantastic job of bringing in A-list talent by having them showcase some of their smaller films that may not get noticed outside the festival circuit. We all remember Jon Heder from his goofy role in Napoleon Dynamite. It’s been fourteen years since the cult classic’s release, and he’s in a new movie call When Jeff Tried to Save the World. In it, he plays Jef who works at a small old-fashioned bowling alley. He finds out his boss is planning on selling Winky’s World and takes it upon himself to save it.

When Jeff Tried to Save the World is written, directed, and produced by twenty-three year old Kendall Goldberg. I had the chance to chat with Goldberg and Heder before the premier of their film at the Twin Cities Film Fest. Goldberg has been traveling from festival to festival as this is the “fourteenth festival out of sixteen” that she’s shown the film. She cites the process as allowing her to have “more control over her movie as it went out to find a distributor.”

Like many filmmakers, the road to the big screen for her script has come with its ups and downs. She first wrote the script as a feature-length movie but decided to make it into a short film when they couldn’t get financing for it. Heder starred as Jeff in the short as well. She toured the short film on the festival circuit which was just the trick to get the financing needed. She, Heder, and their crew came back a year later after she finished college to make the feature-length movie that’s now showing at the festivals across the country.

The transition from feature script to short film back to feature length was that not a hard transition. In terms of the short film, “It was the same story, but it was shot differently. It looks different. We didn’t have the money to make it look the same, feel the same. I was doing it more as a proof of concept and guideline for myself. A lesson for myself”

I’m always intrigued by who young filmmakers go to for inspiration. Goldberg stated the Duplass brothers right away. “I like their mentality and the way they navigate the independent world and TV. They’re really adaptable to doing anything and everything. That’s what I want to take to do and take any opportunity that comes my way. In terms of bigger directors, I really like Coen Brothers and Wes Anderson.”

Jon Heder has been making audiences laugh with films like Napoleon Dynamite and Blades of Glory. Who does he turn to for a good laugh? “Who makes me laugh? I mean, probably, my brothers, my kids. Nobody professionally, really. I mean, I love and grew up on Jim Carrey. Will [Ferrell] is very hilarious. I grew up with Jim Carrey, Will Ferrell, Jack Black, Ben Stiller. Those were my comedy guys, Jerry Seinfeld. Kids in the Hall. They make me laugh. 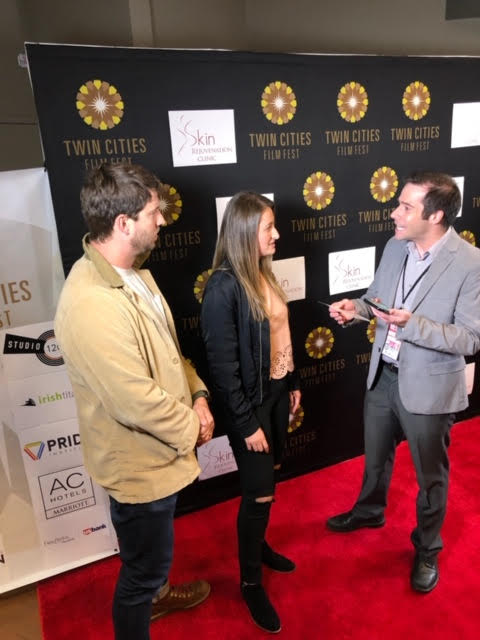 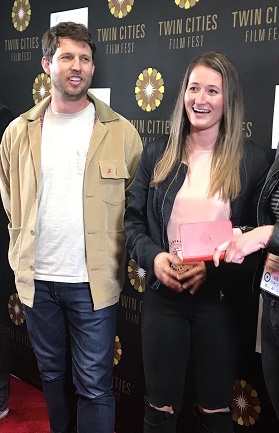