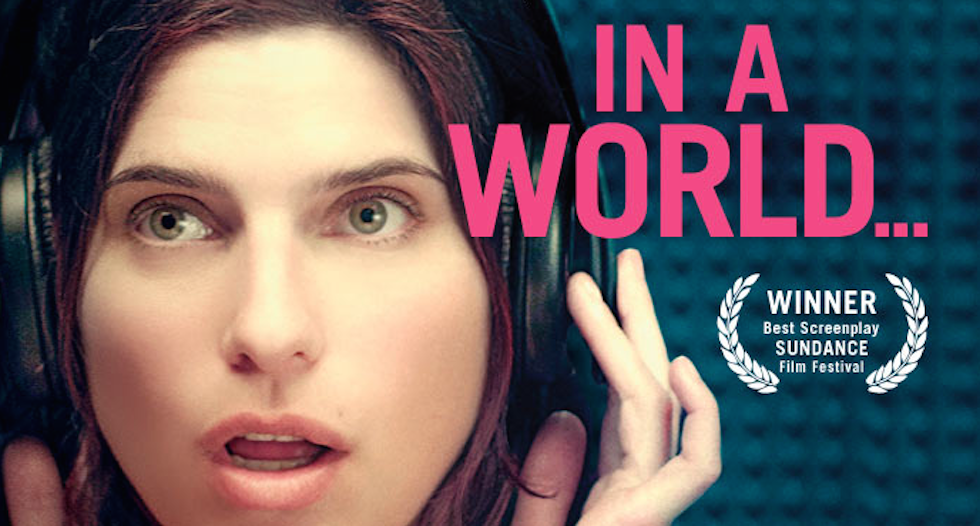 IN A WORLD… (2013) Writer/Director: Lake Bell Starring: Lake Bell, Ken Marino, Fred Melamed, Michaela Watkins, Rob Corddry, Demetri Martin, Alexandra Holden Try to think of a movie trailer that uses a female voice behind it. You probably can’t think of too many as it is a male dominated field. This realization was the motivation for Lake Bell (It’s Complicated, Million Dollar Arm) to write, direct, and star in this look at a very interesting part of the industry that doesn’t always get the attention it deserves. After the death of movie trailer voice over artist Don LaFontaine, there were only five heavy hitters that END_OF_DOCUMENT_TOKEN_TO_BE_REPLACED